From December 8-14 students across the globe will be introduced to the world of code and computer programming as part of an international initiative called the ‘Hour of Code’.

The ‘Hour of Code’ aims to ‘demystify the art of coding’ and expand student participation in computer science. This initiative originated in U.S. in response to the lack of opportunities for school students to learn essential computer programming skills.

2014 is the second year that students around the world will participate in the event and so far 48 million students worldwide have already undertaken this introduction to computer science. Hopes are high that the numbers joining this year will surpass last year’s impressive figures.

This initiative has support from a diverse range of educators, leaders and trendsetters that include Bill Gates, Snoop Dogg, Richard Branson, Aston Kutcher and Mark Zuckerberg. Their reasons for supporting Code.org’s vision, which aims for every student in every school to have the opportunity to learn computer science, highlight just how empowering the development of these skills are.

Computer studies is a subject on school curricula around the world but the problem is that lessons in schools tend to focus on using existing computer software, rather than understanding how software works and learning how to develop applications and software.

Being able to send emails and use applications such as Word, Excel, and Photoshop has become as essential as the ability to write a letter and it is important schools guide students towards how these tools can be used to support learning, communication and creativity. But the ability to use software applications should only be a start. Students that spend 12 years at school ought to learn more than just how to use products already created by software giants. Today’s students should to be empowered with the ability to write code and programme computers to complete required tasks.

Some regions are waking up to this gigantic hole in their education system – the English National Curriculum has moved in this direction, as has the curriculum in many American states. But even in the U.S. – the home of Silicon Valley, the birthplace of Microsoft, Apple, Google and Facebook – computer science is still not taken as seriously as traditional subjects. To date there are still 25 states which do not allow credits from computer science classes to count towards high school graduation requirements.

In Asia, where school systems are considerably more traditional and slower to embrace change, the opportunities for students to learn computer science are more sparse still. Yet, with the relentless growth of the digital economy the benefits of having a tech-skilled workforce should not be ignored by Asia’s rapidly developing nations. Knowledge is becoming the new capital and countries that do not invest in the development of their youth will struggle to compete.

In Thailand there has been plenty of talk about reforming the education system and the inclusion of computer science in the curriculum would be a huge step forward. Currently computer studies falls within the ‘Career and Technology’ (CAT) curriculum, in which students are exposed to a broad range of work related skills that covers everything from cooking to basket weaving to lessons in a computer lab using Word and Excel. Few schools offer students more than one period per week in a computer lab and this one period usually only focusing on use standard Microsoft applications or browsing the web. This lack of hands-on experience could explain Thailand’s poor rating in a recent study on computer literary.

In the International Computer Information Literacy Study (ICILS), which measures students’ computer and information technology literacy skills, Thai students came 13th and of 14 nations. These results point to yet another area in which the Thai education system is failing its students. The adoption of coding in schools would be an important step forward in modernizing computer studies in Thai schools, but sadly Thailand’s past record of educational innovation doesn’t bode well for this.

The changing nature of the global market and the development of the knowledge economy was the focus of a report by the Organization for Economic Cooperation and Development (OECD) in 2000. The OECD predicted that in the 21st Century, “the success of individuals, firms, regions, and countries will reflect more than anything else. Their ability to learn’,” which in turn raises “profound questions for the kinds of knowledge pupils are being equipped with and ought to be equipped with, by schools.”

As we move further into the 21st century, the need for schools systems to adapt and support students to develop ‘new’ skills is becoming more apparent. There’s been plenty of discussion regarding 21st centruy skills, with the 4Cs (communication, collaboration, creativity and critical thinking) becoming a reference for educators around the world. This is a great concept but it may already need an upgrade; coding should now take its place amongst these 4Cs. Not only is coding a quintessential 21st century skill, but the process for creating code encapsulates these original 4Cs.

For today’s students the ability to code is a fundamental skill for success. In previous generations the ability to proficiently speak a foreign language was seen as a competitive advantage. Times have changed and it’s now become essential for students to master a foreign language in order to keep from falling behind. Computer literacy is the new skill to give students that competitive advantage. Students that speak code will have far more opportunities than those who don’t. Schools in Asia that get involved with the ‘Hour of Code’ and implement computer sciences courses in their school curriculum will be giving their students a huge advantage.

Clair Deevy, Asian Citizenship Lead at Microsoft, explained why she believes schools and students in Asia should embrace the Hour of Code.

“I firmly believe coding and the underlying computational thinking skills are important for all young people to learn, it doesn’t matter what country they are from so we hope more young people will take up the challenge in Southeast Asia this year,” she said.

“These skills form the basis for many jobs, not just for software engineers that’s why Microsoft APAC earlier this year launched #WeSpeakCode across Asia to encourage students here to learn coding as their official second language. We would definitely encourage young people in Southeast Asia to try code.org’s ‘Hour of Code’ or visit our website at http://www.wespeakcode.net to start their coding journey.”

And it’s not just personal development and career opportunities that become enhanced through the acquisition of computer programming skills. With humankind’s ever growing demands on the planet, we are creating situations that will threaten our very existence. These challenges – climate change, chronic air pollution, depleted natural resources, environmental destruction, health epidemics and economic instability – will only be successfully overcome with human ingenuity aided by technology and computers. Chances are today’s young programmers will be the individuals tasked with creating solutions to the crises that threaten life on our planet.

The benefits of putting coding and computer science on the school curriculum are immense, students across the globe should be given the opportunity to learn this essential skill. If you are an educator, student or parent, you can make a start by encouraging your local school to get involved with the Hour of Code and put students on the path to computer literacy.

For schools and educators who wish to get involved in this year’s Hour of Code visit Code.org 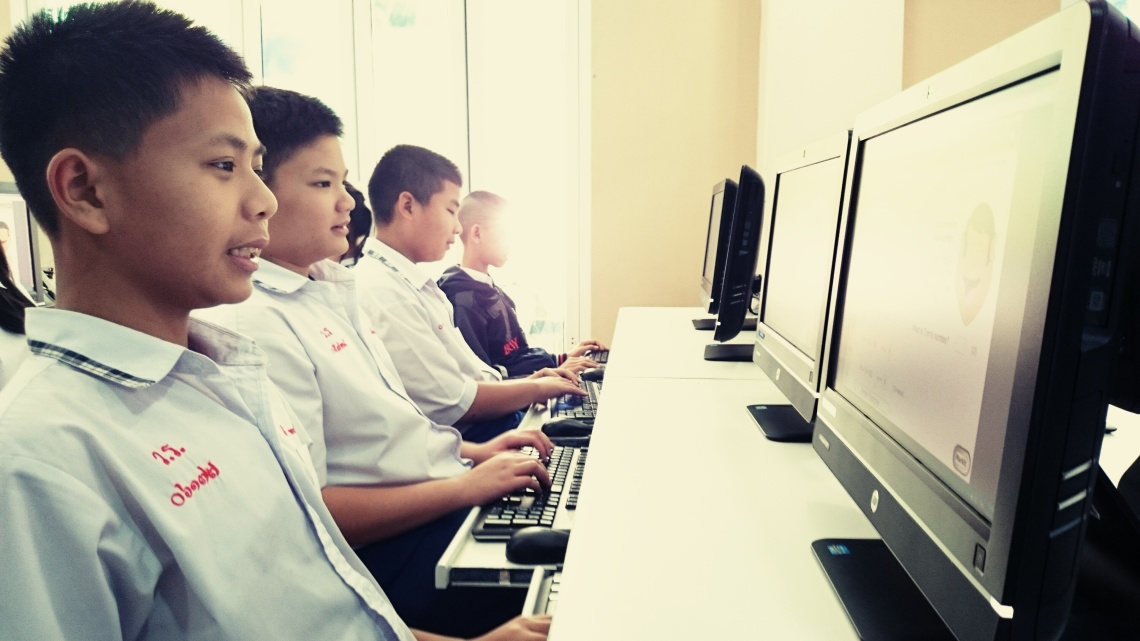