Hong Kong’s street protests have been running since June and as they enter their sixth month it looks increasingly unlikely that either side will stand down. Both the protesters and the authorities seem determined to show their resolve, and this is leading onlookers to question, just how will Hong Kong’s deadlock be resolved?

The first protest, which was held on 9th June, saw a million people marching for the withdrawal of the proposed amendments to the law. Larger marches took place over the following weeks and since June protests have continued on a weekly basis. Recently, the streets of Hong Kong have witnessed increasingly violent confrontations involving police, activists, local residents and triad gangs. 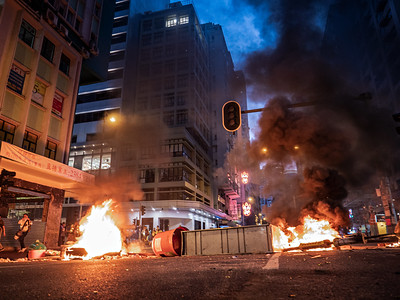 During November, students barricaded themselves inside the city’s universities where many resorted to fighting back with bows-and-arrows and Molotov cocktails. Riot police, armed with tear gas, rubber bullets, water cannons and armored vehicles, surrounded the universities, arresting all those surrendered. To avoid capture, some protesters took to abseiling off the campus, making their daring getaways on motorcycles.

This was probably the most surreal thing I have ever witnessed in the Hong Kong protests. Protesters just attempted a daring escape through a bridge at Polytechnic University. Volunteers on motorbikes came in drives to drive them out asap. Police fired teargas. #HongKongProtests pic.twitter.com/huhSo3Mxo9

While the protests were prompted by the extradition law, the general unrest is a result of larger underlying concerns held by Hong Kong residents that the Chinese Communist Party (CCP) is pushing for greater control of the territory and trying to erode Hong Kong’s autonomy. When Britain handed over Hong Kong to Beijing in 1997, an agreement between both parties guaranteed a “high degree of autonomy” would continue under the ‘one country, two systems’ for 50 years. In 2047 , Hong Kong will lose its autonomy and come under the direct control of Beijing, what the full implications of that will be for the city’s residents is not entirely clear, but it is something that most are very wary of. 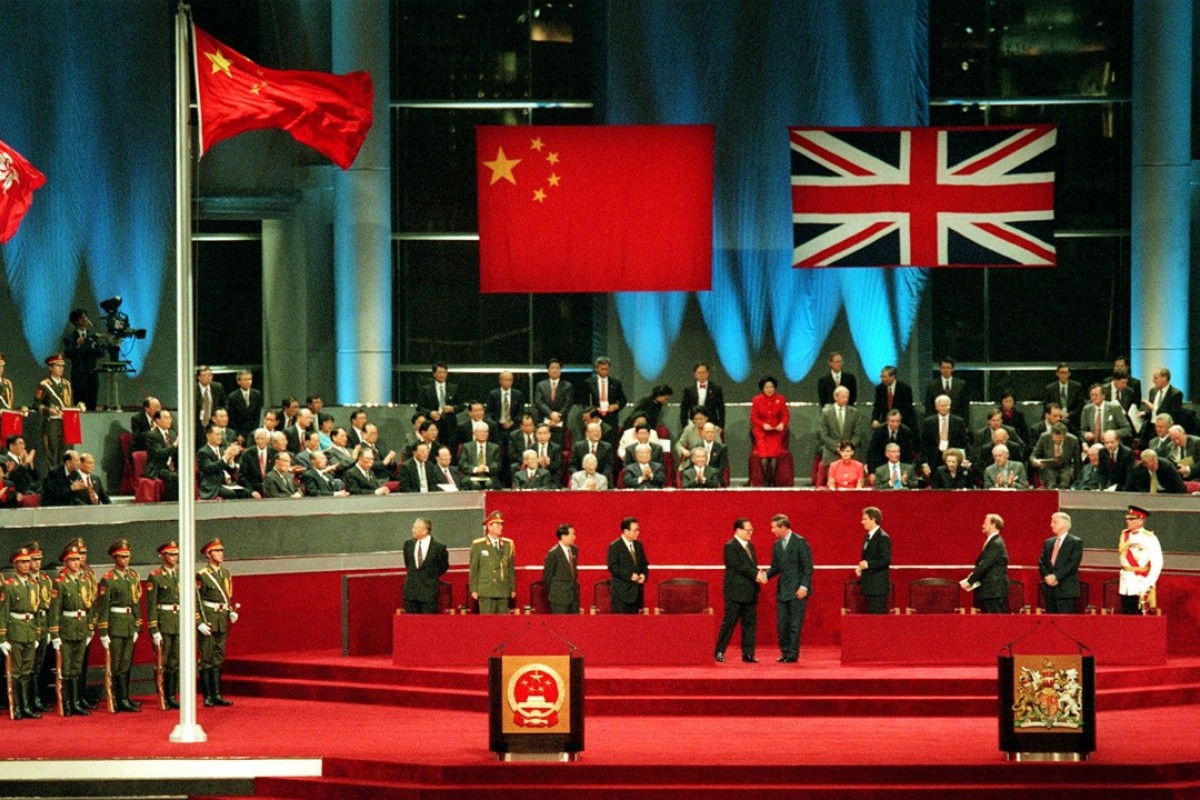 Exactly how Hong Kong’s current round of protests will be resolved remains unclear, although, most observers agree there are only a limited number of options, including military intervention, Beijing giving in, the protesters giving up or a possible compromise.

Despite reports that China has significantly increased the number of troops in and around Hong Kong, military intervention in Hong Kong is an outcome which very few observers believe will actually happen. Despite that, many residents on the streets of Hong Kong, are worried that Beijing could eventually send in the People’s Liberation Army to quell the protests as Emily Lau, a former pro-democracy lawmaker in Hong Kong explained to VICE News,

“People are genuinely worried about Beijing deploying People’s Liberation Army (PLA) troops to quell the unrest due to memories of the Tiananmen Square crackdown,” 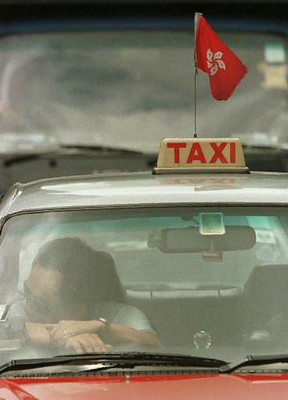 Comparisons between Hong Kong’s current protests and the protests of 1989 have been made frequently during the past few months, but the reality is that these are two very different situations. Thirty years ago, the authority of China’s leadership was under intense pressure from student protests involving millions of young people, taking place in cities all across the country. In comparison, Hong Kong is just one city and while this is the largest civil unrest the Communist Party has had to deal with since 1989, it’s not a threat to political stability. A drastic show of force, such as military intervention against Hong Kong’s students would be disastrous for the image which China has been working hard to cultivate in recent years, and would ultimately destroy the country’s “peaceful rise” narrative.

Although military action in Hong Kong is highly unlikely, so too is the thought of Beijing simply giving in to the protesters. As a recent Op-Ed in NYTimes explains, ’letting the protesters have their way, he (President Xi Jinping) believes, would show weakness and potentially encourage repressed minorities in China, such as the Uighurs, Kazakhs or Tibetans, to push for their rights.’

Beijing’s authority may not be facing the scale of discontent it faced in 1989, but there’s no denying that China’s leadership is facing a difficult period ahead, striving to maintain strong economic growth despite a trade war with the US, suppressing an increasing number of critics and perhaps the greatest challenge, the growing demands and aspirations of the country’s middle class .

China’s middle class is about to demand big changes https://t.co/AqIILdYd58

As income and education levels rise and China’s middle class expands, this section of the population are expected to become less hospitable to the continuation of one-party rule and the CCP will find it increasingly difficult to meet the rising demands and expectations of the middle class. Backing down to students protesters in Hong Kong will undermine Beijing’s authority and set an example for future protests that the CCP is not invulnerable. If Beijing is to overcome the challenges ahead, it can not afford to lose face to Hong Kong’s students.

The thought of Hong Kong’s protesters giving up and simply going back to life as before is also very unlikely. The protesters genuinely believe that their civil liberties are under threat and that backing down now will only lead to Beijing eroding Hong Kong’s freedoms and autonomy. Speaking with international correspondents, a number of protesters have declared their determination to continue demonstrating, with one unnamed protester explaining, “We believe this is the last stand for our future and freedom. We’d rather die in the fight than slowly suffocate to death after we lose the fight.”

Unlikely as it seems, some form of compromise may be the key to this dispute, although who would have the authority, and credibility, to lead the talks and bridge the mistrust between the parties is difficult to ascertain. As Joseph Cho Wai Chan , a politics professor at the University of Hong Kong explains, “I’m pretty pessimistic. Today no one seems willing to compromise.”

The first steps towards compromise would need to be made by Beijing, the stronger party, as Tom Plate explains in SMCP, ‘the stronger party must initiate negotiations so that the other side does not feel it has been forced to surrender. By directing the Hong Kong government to offer to start unconditional negotiations, China’s leaders can show the world a more nuanced face amid the trade war.’ 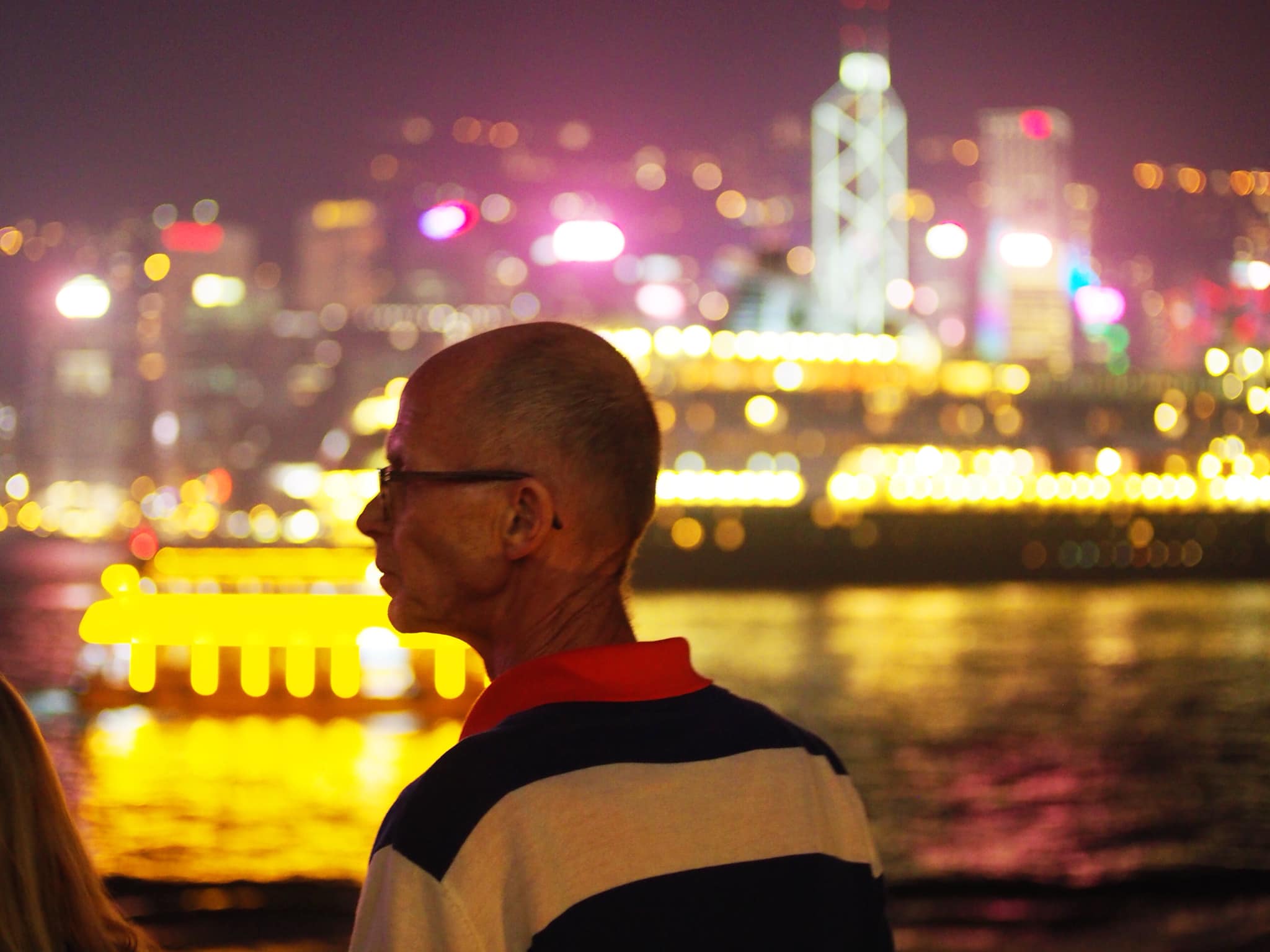 Brokering a compromise would also be in the long-term interest for Beijing as it would bring normality back to the streets of Hong Kong and remove the glare of the international media which has been covering the protests fervently for six months. Furthermore, Beijing would be able to frame any compromise as a ‘big win’ for mainland China, regardless of how much or how little ground was given to the protesters.

Beijing will also be looking at the bigger picture, supporting economic growth, pursuing its ambitious Belt and Roadproject, expanding its international influence, ensuring social stability, censoring critics and of course preparing for a smooth transition when Hong Kong eventually loses its special status in 2047.

China’s leaders may negotiate a compromise with Hong Kong’s demostrators in the weeks ahead, but that’s only because they’re confident of having full control over the territory in the long term.

Daniel is an English Literature graduate from the University of London who has spent the past 20 years living and working in Asia. Passionate about education, health care, sustainable development, equality and human rights, Daniel is a regular contributor to AsianCorrespondent, Domino, Ajarn, The Educator, the Nation, Bangkok Post and SCMP View all posts by Danmax