Award winning cartoon ‘Peppa the Pig’ is one of the most popular children’s television programmes in the world, with fans in 180 territories and the show available in more than 20 different languages . However, despite Peppa’s global appeal, this loveable swine’s relationship with China has been a complicated affair littered with ups and downs.

Peppa Pig was first released in China in 2015 and quickly became popular with young children, who enjoyed the little pig’s antics, and parents, who were comforted by the show’s reinforcement of good morals, family values and honest behaviour. The adorable pink pig’s show has since accumulated more than 60 billion views on CCTV and Chinese streaming services such as Tencent and Youku. 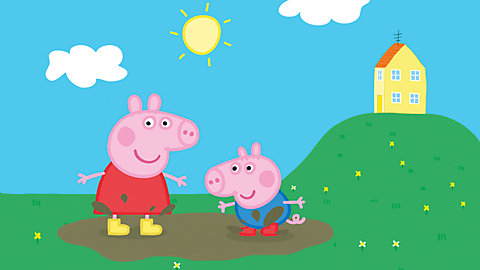 Peppa’s soaring popularity in China created a lucrative industry of toys, merchandise and accessories, with local companies manufacturing dolls, teddy bears, clothing, books, stationary and even eating utensils. Parents flocking to online stores have been only too keen to spend their hard earned money on Peppa Pig toys and accessories.
Unfortunately for the creators of Peppa Pig, much of the Peppa Pig merchandise available in China before 2018 was not licensed. Realising that unscrupulous businesses were profiting from Peppa’s popularity, Entertainment One, undertook successful legal action, which banned Chinese businesses from producing and selling Peppa Pig -themed toys. Although some counterfeit Peppa Pig toys can still be found, China’s largest online retailers now only offer genuine Peppa merchandise. 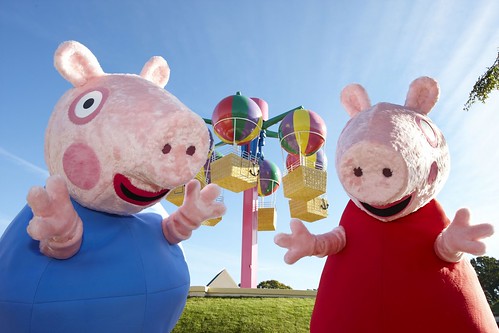 Despite Peppa Pig’s huge popularity, the programme still fell foul of Chinese censorship, and in May 2018 ‘every trace of Peppa and her family were erased from Chinese digital streaming sites’ with 30,000 videos removed from streaming services.

Peppa Pig was not the only cultural icon to be a victim of Chinese censorship during 2018. At this time Beijing censors oversaw a heavy handed campaign that coincide with the National People’s Congress passing constitutional amendments , removing China’s ‘two term limit’ and handing President Xi Jinping ‘president-for-life’ status.

Other casualties of the Communist Party’s crackdown included Animal Farm, 1984, Brave New World, Pooh Bear, the terms ‘dictator’ and ‘two-term limit’ – basically anything that could be construed as critical of China’s constitutional changes or President Xi Jinping’s leadership. 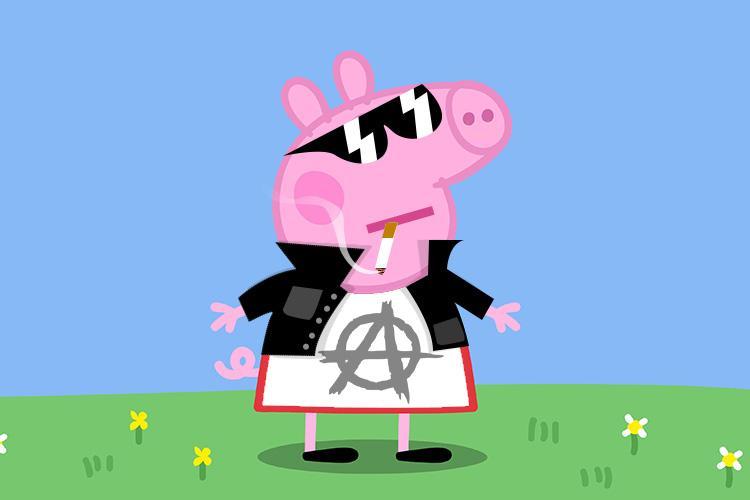 Of course it is difficult to imagine that Peppa and her family been voicing their opinions on constitutions, democracy or dictatorship during one of their 5 minute episodes, and, unspruriingslty this was not found to be the case.
Instead, the offence which led to China’s blackout of Peppa the Pig came from the pink pigs’s association with a punk-like subculture known as “shehuiren” . According to the Global Times, Shehuiren, which translates as ‘society people’, are a subculture of young people who hold “anti-establishment views” and “gangster” attitudes and “who run counter to the mainstream value and are usually poorly educated with no stable job .”

stuff i saw when i was in china pic.twitter.com/BFx4dX5yf6

It seems that despite the Shehurien’s rebellious attitudes, they found Peppa adorable enough to adopt as their own icon. Peppa’s likeness became popular amongst these ‘young hooligans’ in memes, tattoos, T-shirts and all manner of fashion accessories.

While, Peppa’s continues to be a symbol for anti-establishment youth, the pink pig has successfully managed to overcome Beijing censors, unlike fellow swine, Piglet, who, along with Pooh Bear, are banned in China due to a Pooh Bear bearing a likeness to President.Xi Jinping. 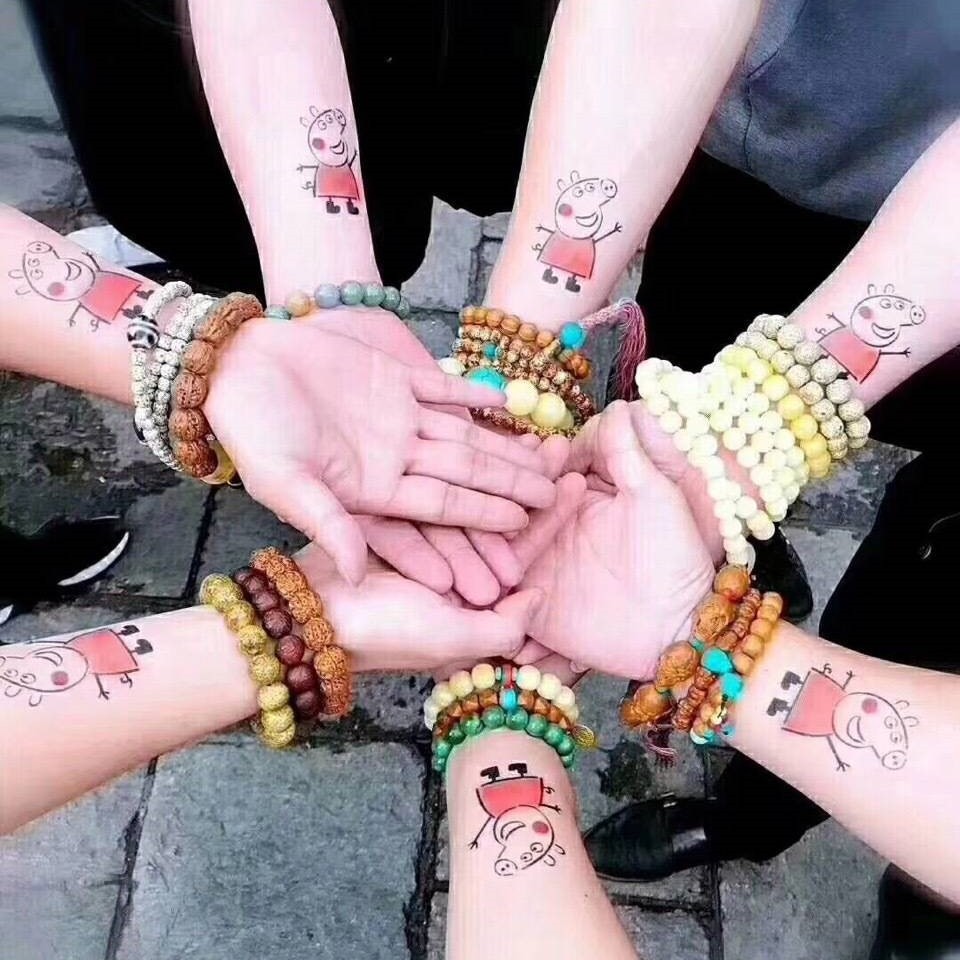 In a charm offensive to woo Beijing (and millions of Chinese parents) Peppa’s production company pulled out all the stops and created the piglets first ever feature length movie, ‘Peppa Celebrates Chinese New Year ’. This full-length, live- action and animation musical, which celebrates China’s rich culture, was given a full release in China on February 5, 2019 (the start of Chinese New Year) and made US$14 million in the first three days of the holiday.

In the movie Peppa and friends try on traditional Chinese costumes, watch dragon dancing and try their hand at making traditional dumplings – which are usually made from pork!

And so Peppa the Pig finds herself finally embraced by all sectors of Chinese society, from toddlers to gangsters, middle class parents to leaders of the Communist Party. There are even two Peppa Pig theme parks set to open soon, one in Beijing and one in Shanghai.

Providing Peppa and her gang of friends can refrain from any further controversial actions – such as rallying for human rights in Xinjiang, debating the merits of democracy or supporting the Hong Kong’s protesters – it’s likely this adobale swine will remain a family favourite for years to come!

The hit animation show has proven to be popular with not only younger children in China but also adults, leading Peppa Pig to earn the nickname Shehuiren, which is a slang term for gangster, and for the show to start spawning video parodies. #PeppaPig